MQTT stands for Message Queuing Telemetry Transport, a simple messaging protocol used for communication between devices. It helps connect many devices through messaging communication. In this article, we will study the MQTT, its working, advantages, and implementation in IoT.

MQTT is a lightweight messaging protocol for engaging a vast network of clients through its simple communication system. It simply followed the publish/subscribe communication mechanism based on the topic that was encoded. For fast data delivery, This MQTT protocol runs on TCP/IP and provides a fast messaging conveying and receiving system.

There are four main components of MQTT on which it has based, which have given below.

Publisher/subscriber is the main component of MQTT in which communication occurs through messages. The publisher publishes a specific topic for the subscriber. For instance, the subscriber may be more than one that receives a particular message.

That particular data or information connects LOT devices through the MQTT protocol.

The topic helps in deciding where we want to publish our message. Publisher can publish its message to more than one subscriber and the main encoding message that it has to publish is the main topic of the MQTT protocol.

The main central component of the MQTT is its broker, which receives a message from the publisher, decodes it, and passes it to a subscriber who receives it and works on it according to the topic. This mechanism happened just because of the MQTT leading component broker.

MQTT protocol has used for publishing messages and then subscribers receive that particular message and complete the communication mechanism. Publishers generate a message through brokers for particular subscribers. Now we can deeply study the working of the MQTT protocol.

Username and password are essential in making a connection with the server then authentication has provided.

IoT is used to connect millions of devices and transfer data between them. For this purpose, they need connecting protocols and the MQTT protocol is best for transferring messages in IoT. Here are some of the advantages of MQTT that we attain by using it.

For the first time, this MQTT protocol had invented for oil pipelines in 1990 and later it has been used for IoT devices. Researchers predict that approximately 50 billion IoT devices will form in the future and they need a lightweight protocol that is MQTT to overcome the load on the network.

Small devices with low memory have also used a lightweight protocol MQTT because not all IoT devices have powerful processing so, MQTT is best for all these small devices because of its lightweight also, it fulfills all their requirements.

Security plays an important role in a network; if a network has not secured and did not have proper security then it becomes trash and a disaster. An IoT is nothing without proper security so MQTT protocols have TLS/SSL for making encryption connections between brokers and devices. A broker receives a message from publishers in the form of a topic and these topics are client specific so they are secured and safe.

Publish/subscribe component of the MQTT plays an important role as it gathers more data than other protocols as also uses less bandwidth to increase the consumption of the network. The publisher helps in publishing the message in the form of a topic for the subscriber that has secured it.

Why we prefer MQTT in IoT:

An IoT is a vast network of communication of connected devices that prefers MQTT protocol because of its lightweight and proficiency. It can interact with all devices with fast responses. It has another amazing feature is low bandwidth which helps in reducing the load on RAM and CPU of the device.

Because of its less energy consumption, it is better than HTTP for IoT-connected devices and good for small-sized devices with low power consumption.

MQTT makes standard documentation because of its ready-made libraries for JavaScript, Python, and other programming languages. For the implementation of MQTT in IoT, you need a library and a broker as a local server. Therefore, it works effectively.

MQTT has considered the best protocol for transferring data in connected devices. You must choose it for an IoT device because of its amazing and suitable specifications it is lightweight; consume less energy, publisher/subscriber pattern, and has less bandwidth. In this article, we discuss MQTT in all aspects. 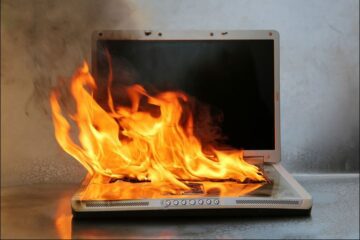